When building an intelligent environment able to interact and assist people in a smooth and kind way, one of the practical issues to be considered in smart home system is the communication technology that will connect the “brain” (intelligence) of the system with its “hands” (the different devices/actuators that the system will be equipped with).

This paper reviews some of the currently available protocols, standards and technologies for such a purpose, comprehensively analyzing several key issues for comparative purposes. This comparative study supports inexperienced developers when deciding which technology best suits the requirements of the system (smart home system) to be deployed and what the costs of the licenses will approximately be.

In order to achieve a real ambient-assisted home, intelligent devices are required, and furthermore, this kind of devices need to speak the same language and in a common channel. However, a lack of clarity has been previously identified regarding the communication aspect of such systems.

It has been previously stated that today, there is a confusing set of choices and a complex hierarchy of standards from low-level specification of data formats to system level application interoperability standards. In keeping with this idea, some other authors  claimed that if a real common open standard had been developed and the compatibility of the intelligent devices had been assured, this kind of technology would be much more popular at present time.

What is the best option:

Nowadays, there is a wide range of standards and smart home system such as X10 and commercial alliances as KNX or Zigbee that claim to be the best possible choice to harmonize the communication of heterogeneous devices. However, some features of such systems may be restrictive, preventing its usage under certain circumstances. This study presents an objective comparison as an ongoing research to improve AmI systems’ communication and ease development.

In section 3, 4 and 5 up-to-date communication solutions are described and analyzed taking into account the following key issues: type of the protocol, connectivity (Twisted Pair, Power Line Connection, Radio Frequency such as Bluetooth, Wi-Fi, etc.), economical issues, updating of the documents and security matters. A summary of the most important features under analysis can be found in section 6.

A starting-point when trying to study the communication needs and problems of an Ambient Intelligent (AmI) system is to analyze the available technologies, in the way some authors previously did . Communication protocols have been previously examined and compared [8], mainly from a Quality of Service standpoint.

There are some previous papers in this direction that makes a comparative study of different wireless protocols (Bluetooth, UWB, ZigBee, and Wi-Fi), that presents a theoretical performance comparison of wireless and power line networks technologies , or that analyzes architectures for ubiquitous systems based on the structure of the environment and the way discovery mechanisms operate .

Some other papers related to this topic can be found, such as: which describes a service-oriented solution framework designed for home environments, and , which proposes a number of challenges that must be overcome, according to the authors, before the smart home (bms) concept can move to reality.

Differentiating from the above described previous work, present study focuses on the present standards trying to fulfill the requirement of a common platform to communicate with every single device in an intelligent ambient. Initially, five technologies were selected, namely X-10 , KNX  , Zigbee , Lon Talk and Z-Wave .

Those were chosen as they are the most widely used at present time because they incorporate important facilities in comparison with more simple communication protocols (IP, Wi-Fi, Bluetooth, etc.). According to the analyzed previous work, it is needed a review of the existing protocols and standards taking into account issues different from Quality of Service.

This paper intends to provide with useful information that helps anyone to decide which technology best fits its personal needs in the area of AmI and Smart Homes.

X-10 was one of the very first protocols used in domotics. It was designed in 1975 by Pico Electronics (Scotland) for data transmission through home powerline wiring. It is now an open standard; so every manufacturer can develop its own X-10 capable devices, but obliged to use the circuits of the company that originally developed the standard. In Fig. 1, the X-10 communication stack is depicted.

This protocol has some problems and limitations. It is worth mentioning the incompatibility between devices according to the region where they were bought.

As an example, a device from the USA will never work properly in Europe and the other way round due to the different line frequencies. Other important limitation from the AmI standpoint is its slow response. This will cause a bad user experience in home smart system and therefore the intelligent environment could be perceived as annoying.

Lon Talk is the underlying protocol through which devices in a LonWorks network communicate. It smart home system was originally created by Echelon . In January 2009, Lon Talk was ratified as a global standard for building controls (bms), being now formally known as ISO/IEC 14908-1.

The ISO/IEC 14908-1 protocol provides a set of services that lets a device’s application program send and receive messages to and from other network devices, without the necessity to know the topology or the other devices’ names, addresses, or functions. The protocol can optionally provide end-to-end acknowledgement of messages, authentication of messages, and priority delivery to provide bounded transaction times. This protocol adapts better to the applications required by AmI environment, and in contrast with X10, it covers all layers of the OSI model. A simple scheme of its communication stack can be seen in Fig. 2. 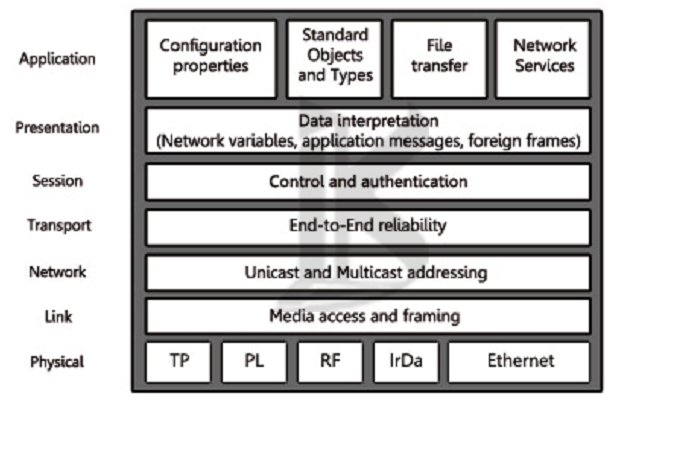 KNX is meant to be the successor to, and convergence of, three previous standards that are now deprecated:

Those protocols are comprehensively described in the CLC/TR 50552:2010 technical report from the CENELEC [17]. They include the most common connection types such as twisted pair, radio frequency, infrared data association, powerline connection and are compatible with the internet protocol.

As it is shown in Fig. 3, the architecture of the KNX (home smart system) model includes several connections and up to three configuration modes for the AmI devices. 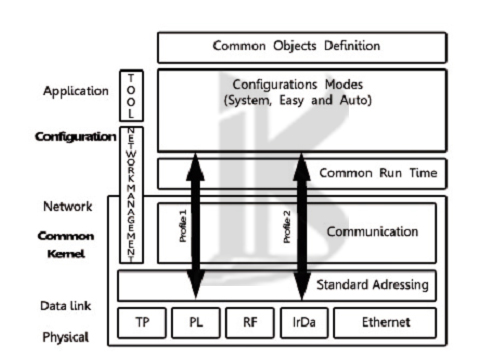 This standard allows for enabling access to the system via LAN, analog or mobile phone networks for having a central or distributed control of the system via PCs, touch screens and Smartphones.

KNX was approved as an International Standard.

It was not designed for environmental control such as lighting or heating and did not include any security issues at first. Extending KNX towards new application areas like access control or security systems leads to increasing demands. For this reason, an extension of this protocol, called EIBsec, was developed.

From the official information the KNX-Association currently has about 250 members from 29 different countries . They also claim that Worldwide KNX Association comprises more than 30,000 partners in 75 countries .

This smart home standard was developed as a very low-cost, low-power-consumption, two way and wireless communications standard [24].The Zigbee specification offers full mesh networking capabilities of supporting thousands of devices on a single network. It was designed for the hostile radio frequency environments that routinely exist in mainstream commercial applications.

The provided security services include methods for key establishment and transport, frame protection and device managements. All these services are described in the chapter 4 and in the annexes from A to D of the Zigbee specification and can be visualized in Fig. 4, so as some other characteristics of this standard. 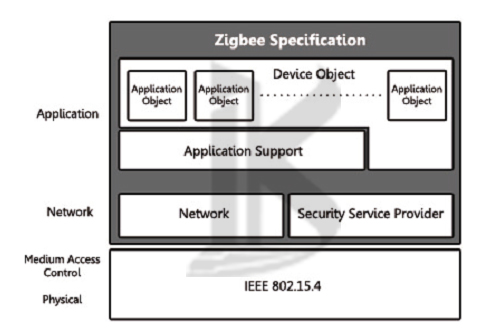 The Z-Wave Alliance is an international consortium of manufacturers that provide interoperable Z-Wave enabled devices. Z-Wave control can be added to almost any electronic device in a house. even devices that no one would think of as “intelligent”. This technology was developed to cover all layers of the OSI , as shown in Fig. 5. 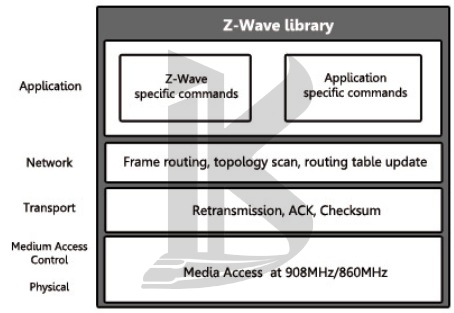 The Z-Wave technology incorporates AES128 link protection. Most “secure” applications embed secure information frames inside the Z-Wave transport payload. Z-Wave appears in a broad range of products in the U.S. and Europe.

Key features of the analyzed communication solutions are summarized in Table 1 to ease comparison.

2.8 – Conclusions and future work on the smart home system

This comparative study tries to help inexperienced developers when deciding which technology best suits the requirements of a system to be implemented (whether it is AmI or not) and what the costs will approximately be.

According to the analyzed technologies, it may be the time to rethink and look at the potential of technologies such as IPv6. Thus, as future work this study proposes to analyze the suitability of such official standards in relation to AmI environments. It is also proposed to study the possibilities regarding the interconnection with the wide range of present standards (apart from the ones in this paper).

Other lines of future work could be: the creation of a modular platform to integrate different solutions, making end user applications simpler; the implementation of different agents in between the devices, making them AmI devices that intercommunicate and build up a Smart Environment.