Past, present and future

Past, present and future People live differently from how they did just a decade or two ago. We get money from cash dispensers, buy and sell goods and services over the internet, phone friends all over the world from our mobile phones.

The interior light goes on the moment we step inside, then after a while slowly dims down again. In short, for quite some time we have been enjoying cutting-edge developments in the areas of communication, entertainment and automotive technology. If we look at how technology in buildings has developed over the same period, it’s a very different story.

We still open our fat doors with conventional keys; and if we can’t find our keys fast enough, the staircase light timer switches the lights off and plunges us into darkness.The use of smart building (BMS) standards has made everyday life easier and more attractive.

True, while we’re out working all day, the heating automatically keeps our homes at a pleasant temperature – but it doesn’t notice whether we left the living room window open when we went out. Only the electricity meter, ticking away quietly in a switch cabinet, notices that. Before going away for the weekend, it is wise to turn down the temperature in our hot water tanks and to turn off all those electrical appliances on standby. But no one actually does – at least, not reliably. It takes too long.

Significant steps have been taken to make the smart building (BMS)

So electrical installations in buildings have some substantial catching up to do. Networked sensors and actuators have long since been a standard feature of motor cars; buildings, on the other hand, are lagging some way behind. A change of mindset is needed, not least because of the long service life of an electrical installation. Today’s new buildings will have to adapt to numerous changes over the next few decades. Now, more than ever, buildings need to be flexible and capable of accommodating networked building services. In technical terms, all of this is already entirely feasible (Fig. 1). 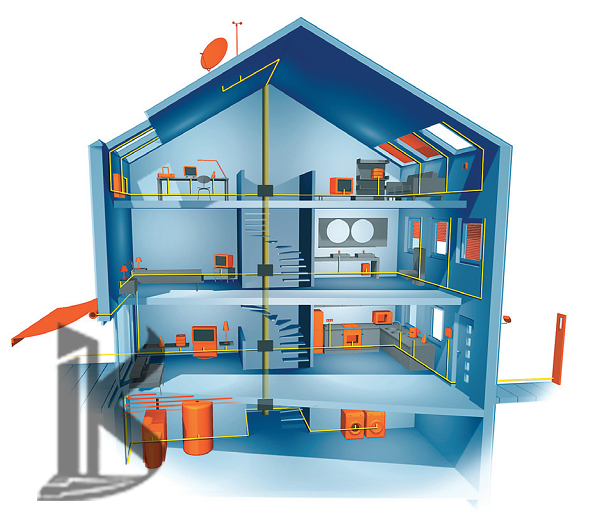 Figure 1. “Smart” houses that adapt to users’ needs? It sounds like something from a sci-f novel, but it is already a reality. Intelligent buildings incorporating networks of sophisticated devices that control the building as needed already exist, and are making life easier for their occupants on a day-to-day basis.

The key to making a building “intelligent” is to equip it with networked sensors and actuators.There are several different ways of doing smart building (BMS):

in smart building (BMS) the immediately obvious solution is to employ a star topology, i.e. an arrangement where every socket outlet circuit, ceiling or wall outlet, and light switch is linked by its own (ideally five core) NYM cable to a central distribution board in which the logical relationships are created by contactors, switch relays, and a programmable logic controller (PLC).

This works well in reasonably small dwellings. However, the size of the house only needs to increase by a fairly small amount before the extent of the wiring work and size of the power distribution boards required becomes excessive. In a star topology, adding to or extending the system is also very time-consuming in terms of installation and programming.

The KNX building automation system was originally known as the European Installation Bus (EIB), and was developed and marketed by the EIB Association (EIBA). In 1999, EIBA, Batibus Club International (BCI, France) and the European Home Systems Association (EHSA, Netherlands) amalgamated

KNX smart building (bms) system Association has been set up in 1999 with headquarters in Brussels as the merger between three former European associations promoting intelligent homes and buildings, i.e.:

the name KNX (bms) was adopted, and the Brussels-based KNX Association was set up. The technology used in modern KNX devices is compatible with that of the old EIB system, so all devices bearing either the KNX or the EIB logo are mutually compatible.

KNX As a smart building (BMS) standard Association has the following goals:

EIB and EHS, including certification according to these previous standards. As EIB is backward compatible to KNX, most devices can be labelled both with the KNX as well as the EIB logo.

KNX Association consisted of 9 members when it was founded: this number has Meanwhile increased to more than 300 (situation November 2012), including companies that were before not a member in any of the legacy associations. These companies represent more than 80% of the European market for installation devices and white Goods. The current membership list is available at any time under www.knx.org.

As far as the legacy associations is concerned

The Batibus Club was transformed into the national group KNX France;

KNX Association has taken over the development and sale of the KNX software packages from EIBA Brussels. This amongst others includes the ETS (Engineering Tool Software) (see later); EHSA was integrated in the KNX Structures .

At the end of 2003, the KNX smart building (BMS) Standard was approved by CENELEC (European Committee of Electrotechnical Standardisation) as the European Standard for Home and Building Electronic Systems as part of the EN 50090 Series. The KNX Standard was also approved by CEN (EN 13321-1 for media and protocol and EN 13321-2 for KNXnet/IP).

In 2007, the Chinese translation of the international standard achieved GB/Z status as GB/Z 20965. KNX is also approved in the USA as ANSI/ASHRAE 135.

The KNX system is a bus system for smart Building (bms) control. This means that all  devices In a KNX system use the same transmission method and are able to exchange data via a common bus network. This has the following Consequences:

Most of the data transmitted are not payloads (e.g. light on/light off signals), but address information (i.e. where have the data come from? Where are they going to?) Another important feature of the KNX bus system is its decentralized structure: there is no need for a central control unit, because the “intelligence” of the system is spread across all of its devices.

Centralized units are possible, however, for realizing very specialized applications. Every device has its own microprocessor. A major advantage of KNX’s decentralized structure is that, if one device fails, the others continue to function. Only those applications dependent on the failed device will be interrupted.

Generally in a KNX system, devices fall into three categories:

Sensors are devices that detect events in the building (e.g. someone pressing a button, someone moving, a temperature falling above or below a set value, etc.), convert these into telegrams (data packets), and send them along the bus network. Devices that receive telegrams and convert the commands embedded in them into actions are known as actuators. Sensors issue commands, while actuators receive them (Fig. 4).

How big can a KNX system be?

KNX bus systems can be modified and added to exactly as required. The smallest possible KNX application is a system linking two bus devices: a sensor and an actuator. This basic system can later be upgraded with as many devices as necessary to perform the desired control tasks. Theoretically a KNX system can consist of more than 50,000 devices. When extending a KNX system it is necessary to adhere to a specific topology.

What communication media are available?

Various communication media (and hence transmission methods) can be used for the exchange of data between devices in a KNX (home smart )system:

Bus systems need to be very convenient to install, add to, and in general to work with. The wide selection of KNX communication media available means that whatever the requirements, KNX can meet them. for example when retrofitting bus devices in even the most labyrinthine of buildings.